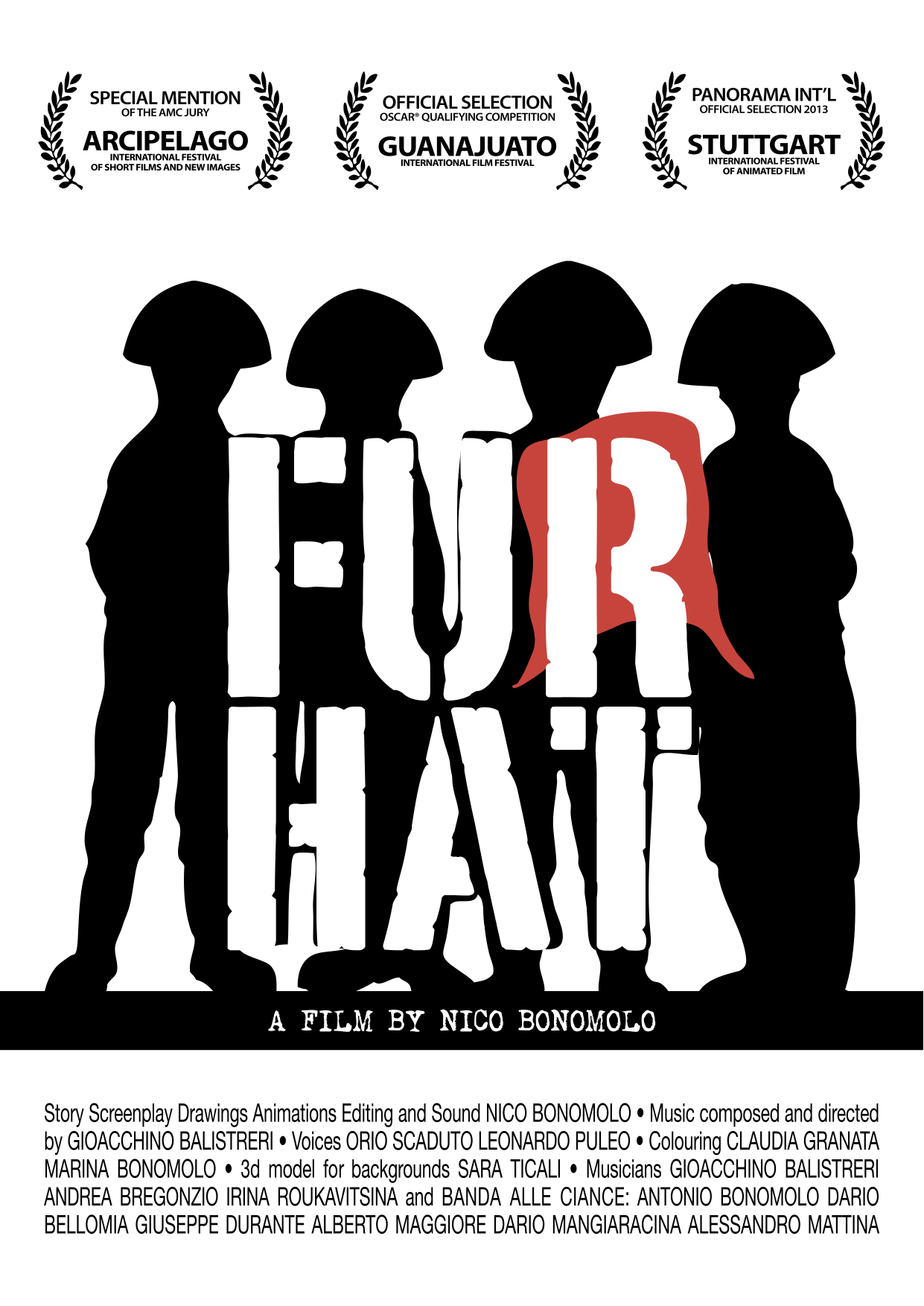 Four soldiers lost in enemy territory find themselves in the farmhouse of an elderly farmer, who offers them hospitality. Soon the farmhouse becomes the scene of grotesque situations and a reassuring oasis where war is banished. But the oblivion of war is just an illusion of peace.

The film was selected at the Guanajuato IFF 2012 Mexico, Oscar® Qualifyng Competition.

A short film written, directed and realized by Nico Bonomolo

Music by Gioacchino Balistreri and CCCP